MO-TRAYL researcher Laura Ogden was the guest speaker at the screening of documentary Gods of Molenbeek at Lumiere cinema, Maastricht on 18 November 2019. The screening was held by the United Nations Student Association and UNICEF Student Team Maastricht as part of their Education Awareness activities. The documentary portrays the lives of two 6-year old friends of migrant background, Aatos and Amine, living in the Belgian neighbourhood of Molenbeek at the time of the Brussels terror attacks in 2016. Set against this backdrop of political division, identity politics and terror-related insecurity, the film refreshingly focuses on children’s worlds, where curiosity, friendships across difference, and fluid explorations of identity take centre stage. Drawing connections with MO-TRAYL’s research, Laura gave some reflections on how the film takes a youth-centric perspective, invokes mobility, and depicts migrant children’s (invisible) resources and resilience, and led an audience discussion around these themes. 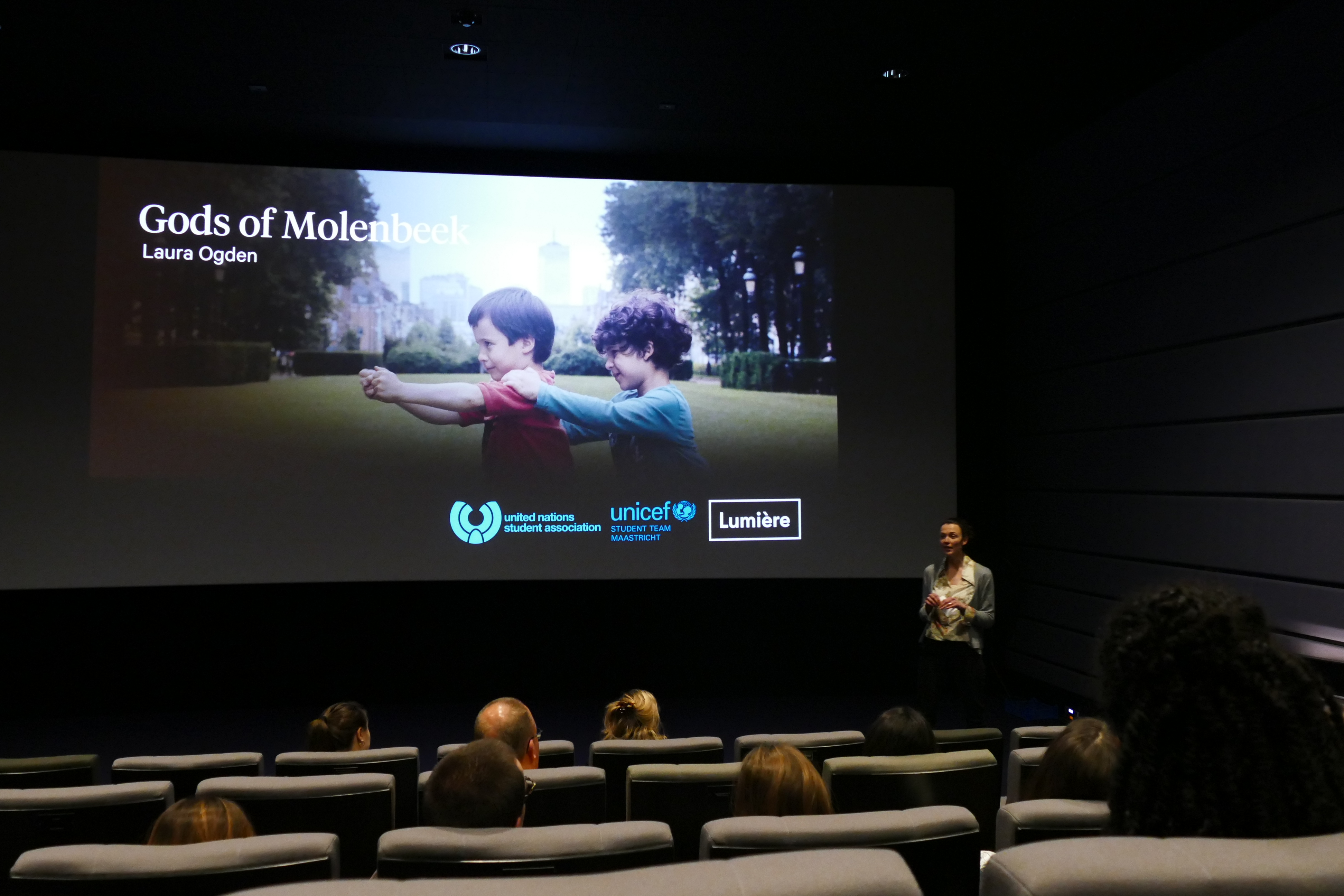